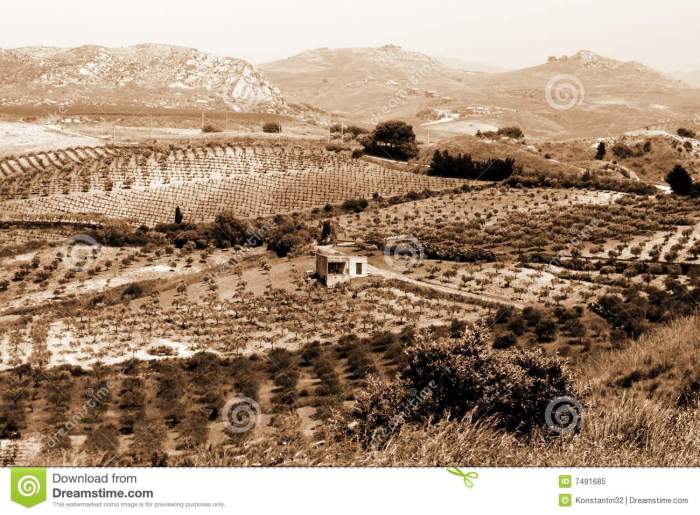 My Christian name is Mario, my family name is Chiaramonte. I am light-skinned, about one meter and seventy centimeters tall. The color of my eyes is between green and light brown. I was born in Enna at a time when the old Sicily was still alive. It was the sunny island where some women knew the secret to rid children of their intestinal worms and of the evil eye, through arcane practices. It was the old Sicily where goats walked in the streets, and the shepherd milked them in front of the houses and sold milk to the housewives. What a fresh product it was! Apartments didn’t exist and people warmed up their houses by using braziers. Fruit and legumes had a natural taste, hens brooded their eggs,  ate wheat, bran and leftovers, and were free of scratching around. It was the old Sicily where fields were plowed by oxen, the wheat was reaped by farmers’ hands, mules and horses trampled the spikes in the threshing floor, the wind separated the chaff from the grains of wheat, the television had not been invented yet, and people gathered in the houses to chat about this and that. It was the old Sicily where people breathed unpolluted air, the water of the sea, lakes, and rivers was clean, and the words like plastic, pollution, climate changes, global warming, and hole in the ozone didn’t exist in dictionaries.

– November 2 The Day of the Dead in Sicily
– A Hidden Sicilian History
– The Vibrations of Words
-Travels of the Mind
http://www.amazon.com/author/ettoregrillo