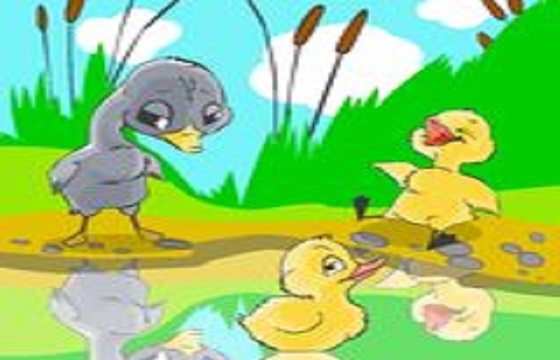 The story, written by Hans Christian Andersen, is about an ugly duckling that looked different from the chicks of the same brood. He was dark and ugly. The other ducklings didn’t want to play with him. He remained isolated in the corner of the pond, until one day he decided to run away in search of a place where he would be accepted.

Wandering here and there, he joined first a family of geese and then a farmhouse. Both the geese and the farmers considered him ugly and useless.

The ugly duckling spent the winter alone and hungry. With the arrival of spring he landed up in a pond where very beautiful birds were swimming.

He didn’t dare to approach them. It was unthinkable that a so ugly duckling, as he was, would have been accepted by those graceful birds! He kept standing on the edge of the pond until one of those birds glided towards him.

“How beautiful you are!” I have never seen such white feathers!” said the swan.

The ugly duckling bent his head incredulous and saw his image reflected on the water. He was a swan as well! His feathers had become white!

A similar allegory can be found in Jalaluddin Rumi’s Mathnawi. Rumi tells his hearers that they are “ducks, being brought up by hens”. They have to realize that their destiny is to swim, not to be chickens.

Both Rumi’s and Andersen’s stories are allegories of life. There is a natural evolutionist process in all living beings. It varies from individual to individual, depending on the happenings of life.

Character and personality may change, like the feathers of the swan. The essence, the innermost being is always the same.

A BOOK WORTH READING

During my stay in Arambol (India), I read The Sun Also Rises by Ernest Hemingway.

It was the first book written by the author who was awarded the Nobel prize.

Hemingway tells his life in Paris with his circle of friends.

He went on a trip to Pamplona with his friends for the famous festival of Saint Firmino.

The novel is written in a simple and realistic style with a wealth of details. The reader has the feeling of being present amid the characters of the book.

The events told in the novel happened at the time when the internet didn’t exist. Smoking and drinking alcohol were not considered particularly harmful. The exchanging of messages among friends happened by wire.

The book is a cross-section of twentieth century society, so as a journalist sees it. Actually Ernest Hemingway was a journalist.

Romance, friendship, festivals, bullfights appear and disappear, but the sun will rise again.

Yes, the sun of hope will rise again for everybody. So, life is worth living.

THE FOG IN ARAMBOL

At dawn, I went to the beach for my usual jogging. It was a foggy day, and the sun seemed to be unwilling to rise.

As I jogged on the beach, I felt like running amid the clouds. It was as if maya (illusion) mixed reality with dream.

Then, I recalled an experience that happened to the Chinese master, Chuang-tzu.

I sympathize with him. We cannot be sure if we are living a real life or we are dreaming.

Anyway, how about following the way our heart directs us? It cannot lead us astray.
Ettore Grillo, author of these books:
– A Hidden Sicilian History
– The Vibrations of Words
– Travels of the Mind
http://www.amazon.com/author/ettoregrillo 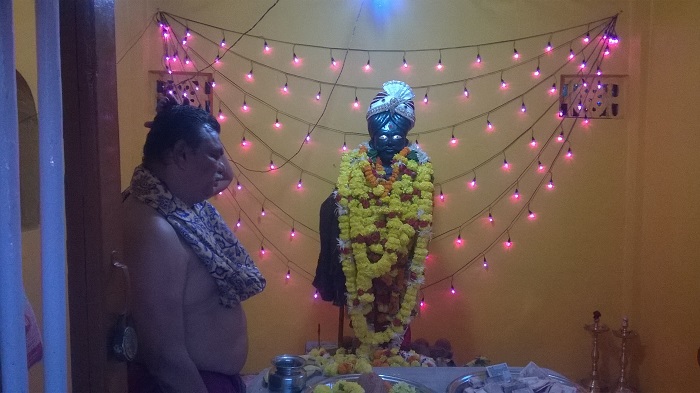 Walking on the beach in the evening, I saw a small temple that had a festival atmosphere.

Around the temple there were vendors of flowers, bananas, sweets, and toys. There was also music and drum rolls.

Made curious, I walked to the small temple. There was a statue of a god inside.

“What is the name of this god?” I asked an old man who looked like a local.

“His name is Someshwar.” He answered.

“What does Someshwar mean?”

“It means ‘protector of the borders.’ All fishermen, whatever religion they have, worship him, because they go far away in the ocean. They believe that Someshwar protects them from the perils of the sea.” 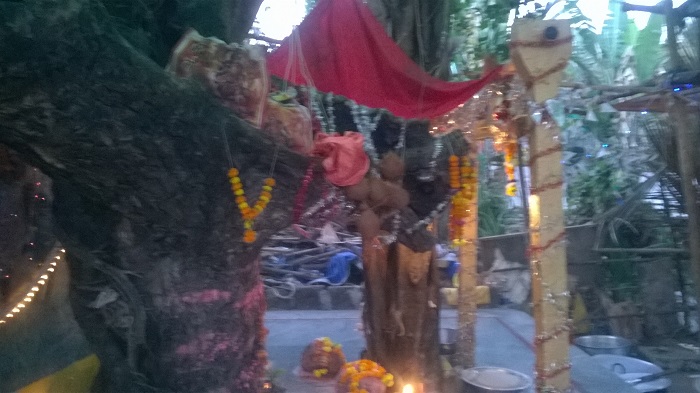 “Behind the temple there is a tree. I saw somebody put offerings on it. Is it a sacred tree?” I asked.

“So, why people put garlands of flowers, coconuts, and bananas on its trunk and light candles in front of it?”

“Nobody can see the real God. Anything can become God. If somebody worships a tree and puts offerings on it, other people will follow him and the tree will become holy. All religions are made by followers.” The old man said.

A few days ago, I heard of a Russian lady who was jogging on the beach of Arambol when about ten dogs surrounded her. One of them, which was a puppy, jumped up to her arm.

Probably, the puppy wanted to play with her, but it scratched her arm with its sharp canine teeth. She washed the very small wound with sea water and kept jogging. Later, the owner of the guesthouse advised her to go to the doctor.

It was a guy from Austria who told me what had happened. He knows India very well.

He also said that fifty thousand people die every year because of rabies in India. There are many healthy carrier dogs. They look healthy, like the puppy that bit the Russian lady, but they are rabid.

Actually, rabies is widespread in India. Whenever a street dog bites you or even scratches you with his teeth, don’t hesitate to run to the doctor for the full course of post bite injections: five shots.