THE HOLY WEEK IN ENNA

In Enna, on the occasion of the Holy Week, the Church of Saint Michael has been reopened to the public for a few days. It was a mosque until a few centuries ago. Later, it was converted into a Catholic church. 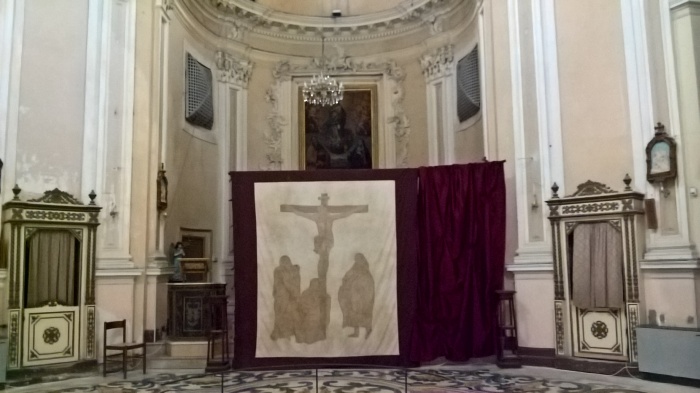 During the Arab rule, which lasted about two centuries, Sicily was full of mosques. According to a historian, at that time there were more mosques in Palermo than in Istanbul.
Later, although there were many Catholics and also a few Muslim families, Enna was essentially pagan. The cult of the mother goddess Demeter and her daughter Kore was deep rooted in the hearts of the townspeople.
In 1412 the statue of the patron saint, Maria Santissima della Visitazione, came to Enna. Since then, the whole population has been Catholic. 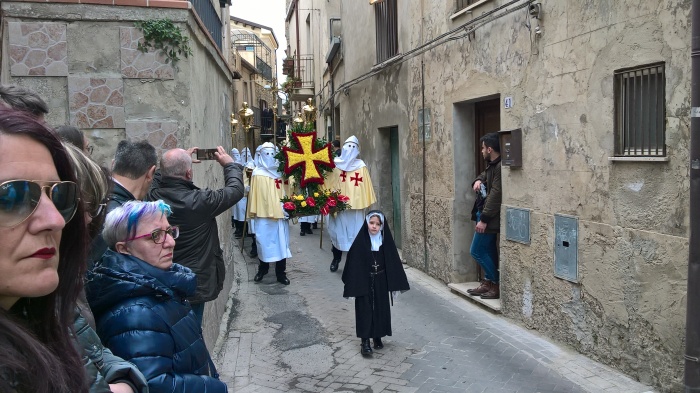 Although the Holy Week is a legacy of the Spanish rule in Sicily, some brotherhoods date back to the Nights Templar. One of these is the brotherhood of the Most Holy Savior, which was founded in 1261, before the Spaniards conquered Sicily.
The brethren who belong to the brotherhood of the Holy Savior have the privilege of carrying in procession on their shoulders the glass sarcophagus containing the wooden statue of dead Jesus.
In Enna, during the Holy Week, folklore and religiosity intertwine. It is a unique event that is worth seeing.
Ettore Grillo, author of these books:
– A Hidden Sicilian History
– The Vibrations of Words
– Travels of the Mind 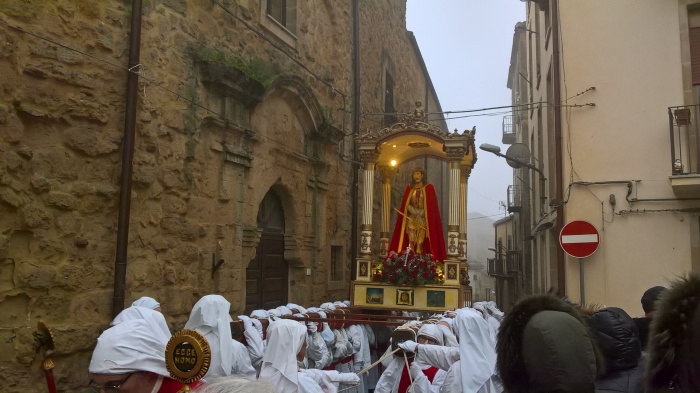 The very bad weather didn’t prevent the townspeople from pouring into the streets. Everybody followed the procession despite the intense cold.
On Palm Sunday, the brethren take in procession the wooden statue of Jesus.
The procession moves from the Church of San Leonardo to the cathedral church.
After mass in the cathedral, the procession goes back to the Church of San Leonardo.
The brethren who have the privilege of carrying the statue of Jesus on their shoulders are those who belong to the Confraternity of Passion. This brotherhood is one of the sixteen brotherhoods of Enna. It was established in the seventeenth century under the Spanish viceroy. In fact, Sicily was Spanish possession.
The rites of the Holy Week date back to the period of Spanish domination, but some brotherhoods are very old and claim to have been founded by the Knights Templar.
Ettore Grillo, author of these books:
– A Hidden Sicilian History
– The Vibrations of Words
– Travels of the Mind