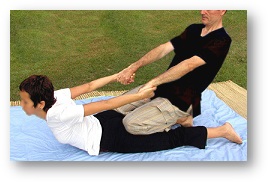 The word holism comes from the Greek olos (all, whole). Holism is based on the idea that living beings should be considered as oneness, not as a set of their component parts. A tree is made of leaves, branches, sap, and so on, but it is a unit; to be kept alive it needs all its components.

The same goes for humans. They are made of bones, muscles, brain, and mind. The soul   is within the body, but it is not separated from it. They are a whole, and interact. Body ailments affect mind, and vice versa if the mind is restless also the body suffers.

Holistic disciplines aim to cure the person as a whole. Therefore they treat not only the body but also the mind.

Yoga, acupuncture, martial arts, Thai massage are some of the many holistic remedies.

However, also outdoor exercises have a positive effect on both body and soul. Try to jog in the forest in the early morning, and you’ll see how you will feel in good mental and physical shape.

Before resorting to medicines, it would be good to practice some holistic disciplines. It would benefit health and also the National Health Service, which will save a lot of money. 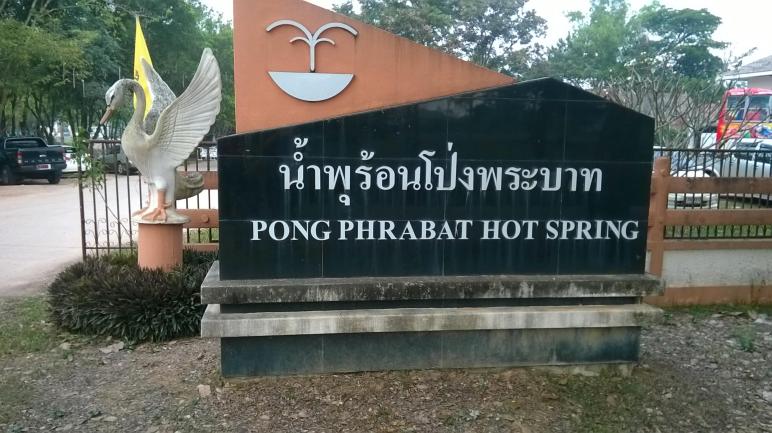 My latest post, The Broken Dandelion, dates back to two years ago. I have not written anything since then because I have been engaged in writing my third book, A Hidden Sicilian History. Now I am here again to write down something interesting in my blog.

I am in Chiang Rai (Northern Thailand), in the countryside near a hot spring, called Pong Phrabat. The spring water is hot and smells of sulfur. It is said that it has healing properties, including the treatment of skin diseases.

A small spa with about ten bathtubs has been built on the site. In the early morning my wife and I use to lower ourselves into one of the womb-shaped bathtubs and relax in the water.

Lazing in the healing water, I recalled a friend of mine who suffers from a skin disease called vitiligo. It is non-contagious and not dangerous for body health, but it causes quite a few problems of aesthetic nature. It is characterized by loss of skin pigment and unsightly white blotches in the hands, face and other body parts. The renowned star Michael Jackson suffered from vitiligo. For this reason his skin lost its natural black color and turned white.

One day, surfing the internet I came across a book written by a guy who claimed to have gotten over his vitiligo. In the book you could find the rules and instructions to follow until complete healing. It was written in English. I was happy to have found a remedy for my friend, so I translated it into Italian – the language spoken by my friend – and presented him with the translated book.

“I have found this book for you!” I said.

“Thank you!” he answered, “I’ll read it, but I am convinced that vililigo is incurable. In fact, I have been hospitalized in a specialist clinic of Rome, which is advanced for the treatment of skin diseases. The doctors’ opinion was unanimous: there is no cure for vitiligo.”

Six months elapsed. Hence, I asked my friend if everything was OK. “Did you follow the instructions in the book I gave you?”

“Not much! As I told you vitiligo has no cure.”

“Okay, do as you like!” I said, “but allow me to tell you an old story I heard some time ago.”

“Once upon a time, in a faraway land there was a rich merchant. He was very fond of his wife and child. Nevertheless, he often moved from one country to another to sell his goods, and had to stay away from his beloved family for long periods.”

“While he was trading abroad, pillagers burst into his house. They killed his wife and abducted his child.”

“A month passed, and the merchant went back home. In the courtyard he found a little human body, which was charred and unidentifiable, but he was sure that it was his son’s dead body. He picked up the little corpse, put it into a box and prayed in front of it every day.”

“Fifteen years went by. In the meanwhile, his son succeeded in escaping from his abductors and returned home one night. He knocked on the main door and besought his parent to open it, but his father was unshakable; he was convinced that his son was the charred little body that he had found in the courtyard long time ago, and now his real son seemed to him to be a robber. He didn’t open the door. His son knocked and knocked until he gave up and went away.”

The moral of the tale is intuitive: we humans cling to fixed ideas, which we erroneously believe to be absolute truth. Sometimes, we had better open our mind, trying alternative ways, leaving aside prejudice and preconceived ideas.

In a musty library in Enna, Sicily, a young man doing research providentially finds an ancient scroll on the floor. It appears to have slipped from a gap between two volumes about the Spanish Inquisition.

But the unexpected scroll is not about the Inquisition at all; instead it reveals a drama that was performed on the stage of Enna’s deconsecrated Church of Santa Croce ages ago.

The man decides to translate the lost manuscript from Italian into English and publish it. History flows freely from the scroll, and like a Pied Piper takes the young man back to the time of ancient feasts and processions, a time when he could learn how to remove hexes, cure roundworms in children, and envision life as it was in the local whorehouse. It also shows how societies bound together by a common thread all yearn to understand the meaning of life, and to answer the ultimate question: Is there life after death?

A Hidden Sicilian History is an intriguing historical novel that starts with an investigation of a mysterious death.

About the Author: Ettore Grillo is a retired attorney from Sicily who spends his time writing and traveling. This is his third book.

“This novel is not only a fascinating read, but it opens an imaginative doorway to a time long forgotten. Readers will find answers to eternal questions and will discover what it was like to live in ancient Italy. We are very proud to announce its release,” said Robert Fletcher, CEO of Strategic Book Publishing and Rights Agency.