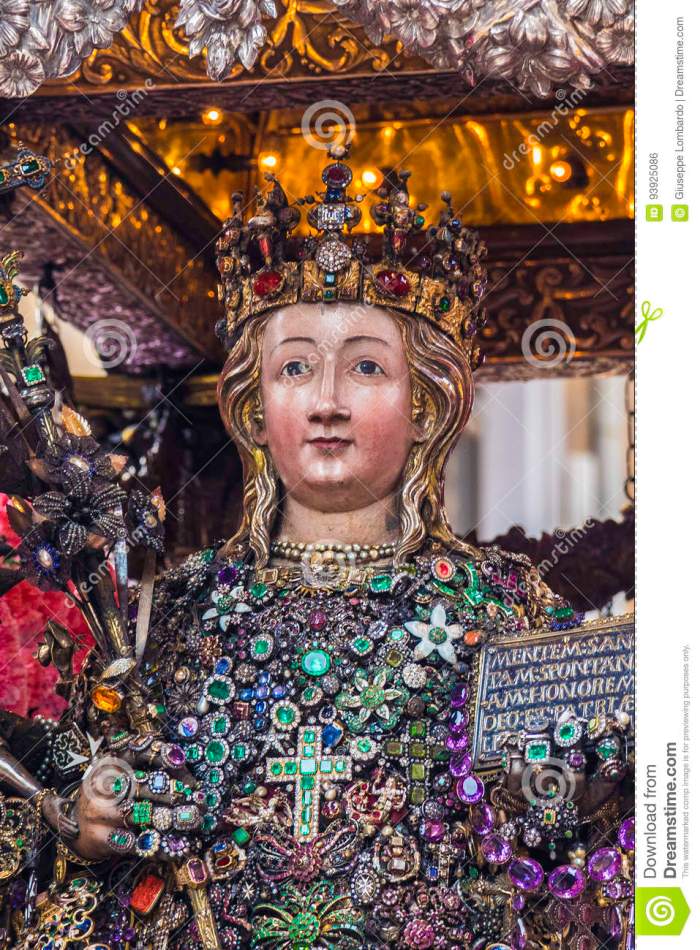 February 5, 1939
Today, the celebrations in honor of Saint Agata, the patron saint of Catania, reached their peak. Townspeople wore white habits and ashen-black headdresses. For ten days, twelve gigantic candles on baroque-style litters were borne on the shoulders of guild members as they went along the streets. Today, the litters went ahead of the statue of Saint Agata to light up the street. The patron saint stood on a wagon dragged by hundreds of devotees.
People crowded round the statue and lit big wax candles, which they then handed a man on the wagon. There were so many candles that the wagon couldn’t hold them all. Every now and then, it was emptied of all the candles and they were tossed into a truck.
The wagon was dragged along the places where Saint Agata suffered martyrdom. According to history, the saint belonged to a noble family and wished to be a Christian, but the Roman governor wanted to possess her. She refused, and for that she was imprisoned and later executed.
I saw the procession from the sidewalk of Via Etnea. The streets were so crowded that it was impossible for me to get near the wagon. So I watched the bust of Saint Agata from a distance.
There were also many street vendors. I saw an unusual, beautiful red apple in one of the stalls. I asked the vendor what it was, and he told me it was an apple mixed with sugar, the traditional fruit of the Feast of Saint Agata. I couldn’t help purchasing and eating that apple before I headed for my lodging house.