Today, October 8 is Thanksgiving Day in Canada. In the monastery where I am staying until Thursday, the Sisters decorated the chapel with the fruits of the Earth: pumpkins, squashes, ears of corn, onions, and so on.

Our chef roasted two turkeys and baked a delicious pumpkin pie. As an exception, we had a glass of wine at lunch.
The whole weekend is Thanksgiving Day. One of the workers in the kitchen said that she celebrated Thanksgiving yesterday, with thirty-five people in her small house!

Some Canadians prefer to go for a hike and enjoy the special colors of the trees in this season.
In Canada, Thanksgiving Day is related to the traditional harvest festival. In a sense, it is different from that in The United States. The dates of the two celebrations don’t coincide, as well as their symbolic meanings.

In my hometown Enna, we have a few celebrations related to the harvest. Some of them date back to the time of Demeter, the goddess of agriculture.

One day, I asked a friend of mine, “Can you imagine a world without celebrations and rites? Being outside rites means to be outside life.”

“I don’t think so. For me all days are the same,” he answered.
“How can you say that! Without rites there is no human life, indeed. Everyone conforms to festivity, celebrations and rites.”
“I am different from others. Getting over rites and rituals is my aim.”
“So, you don’t celebrate anything!”
“No, I don’t. Everyday I have a celebration in my heart. I am beyond rites and rituals,” he said.

On Thursday, I am leaving for Korea. There, I’ll find different traditions, but people’s heart doesn’t differ. 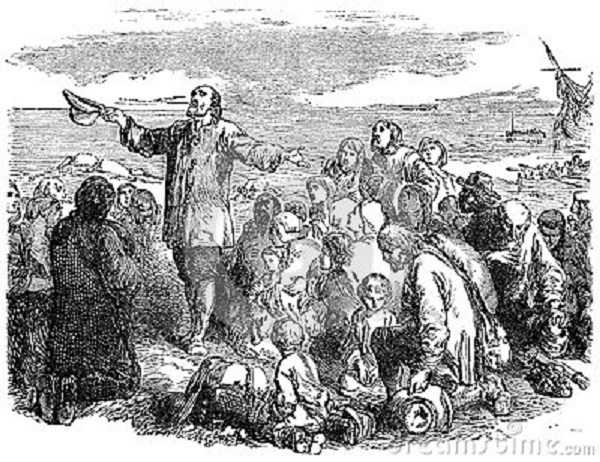 After the Church of England had split off from the Roman Catholic Church, a few Christian groups that didn’t identify themselves with the Anglicans, took root in England.

Puritans were a dissident faction who wanted to “purify” – hence their name Puritans – the Church of England from the trappings of Catholicism.

Pilgrims, also called Separatists, aimed at separating themselves from the Church of England, which they considered corrupted, and giving rise to an autonomous entity.

Both groups were not tolerated by government authorities, but Separatists were persecuted to such an extent that they were forced to leave the country. They settled in Holland, where they remained for a long time.

In 1620,  one hundred Pilgrims or so landed on the shores of Massachusetts. Once there, they came in touch with the Native Americans and established a good relationship with them. They sowed a field with the seeds they had received from the Natives, and the following year they had a good crop. They gave thanks to God both for the crop and everything. Ever since that time, Thanksgiving Day has been celebrated in America.

Puritans emigrated to America as well, and it seems that later the two groups merged together. Puritans have greatly influenced custom, literature, and politics. They aimed at promoting the individual instead of society as a whole. The rise of the modern novel originates from the Puritans. The first novelists, Daniel Defoe, Samuel Richardson, and  Henry Fielding were greatly influenced by Puritans.