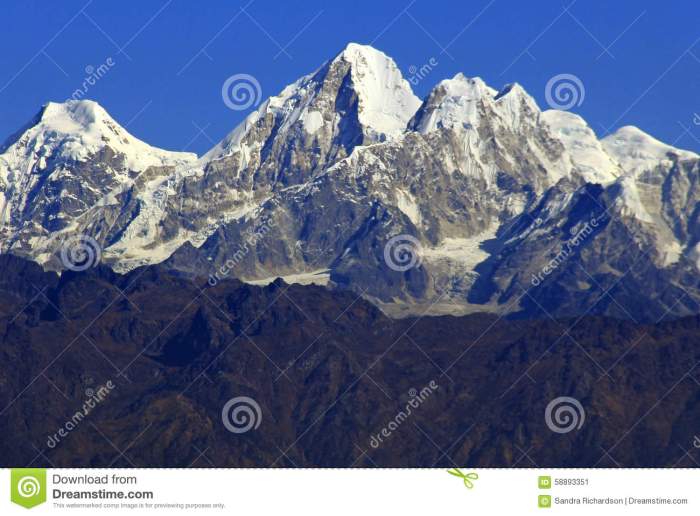 There is a mountain pass from Manali to Lee. It is the highest pass in the world  at 5,500 meters above sea level. It is difficult to breathe at that altitude. You have to drink a lot of water. There are also no toilets on the road, so the bus stops from time to time along the way.
“Our bus broke down, and we were given the option of spending the night in a marquee at an altitude of around four thousand meters or continuing our way with another bus that had a few vacant seats. I opted for continuing my journey, because I couldn’t endure the altitude. I was very dizzy and had the feeling that I would collapse at any moment.
“The bus travelled on a vast plateau. No roads or paths were visible, but the driver seemed to know the way very well. I never imagined that there were such vast tablelands in the Himalayas. It was almost like a lunar landscape. The soil was dry, and needles and rocks emerged from the ground here and there—no trees, not a blade of grass. I had the sensation of having landed on another deserted planet in our solar system. Apparently, the monsoons can’t overcome the mountain range. Nevertheless, now and then I spotted some isolated green areas.”
“How is it possible that there are only patches that are green with trees? I asked a person sitting next to me.”
“It is like an oasis in the desert. Somehow there is water underneath the ground. The city of Lee is just an oasis. It doesn’t rain there much, but the area is rich in underground water, he answered.”
“We reached the maximum altitude of the pass and I felt relieved,” the woman continued. “From then on the bus would go downhill. The worst had passed, and gradually  I started breathing normally.”