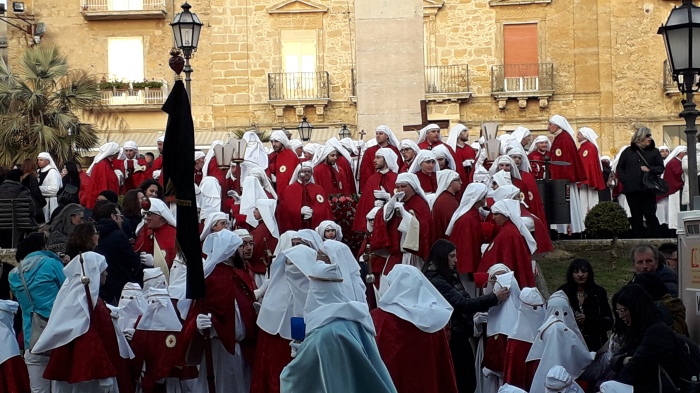 Enna is a small town, but over the years it has fostered the hopes of great spirits and people that have devoted their lives to missions in faraway lands, like Blessed Girolamo De Angelis (1567-1623), a Jesuit friar who left his hometown to follow his spiritual path. At the beginning of the seventeenth century he went to Japan to spread the Gospel, but fell into fierce persecution against Christians and had his life ended by being burnt at the stake. Enna is the birthplace of good writers like Nino Savarese and Napoleone Colajanni—the latter was also an honest politician and sociologist—and musicians like Francesco Paolo Neglia. The spiritual path followed by the main character of this story is worthy of note, though minor in scale.
Not many towns in the world can boast so peculiar a lifestyle. It is possible that if I hadn’t published A Hidden Sicilian History some of Enna’s oral traditions would have been lost forever.
The events happen because they had to happen, not by accident. There is an invisible thread on Earth that links all people who have the same spiritual feelings, regardless of their race or skin color. They belong to the same spiritual race. The real races are not physical but spiritual, and you can feel it clearly whenever you have the chance to come across someone with similar feelings and nature. Through that scroll, the author wanted to create an invisible chain of spiritual beings, which he intended to become broader and broader.
Here is the translation . . .

One thought on “A TASTE OF SICILIAN HISTORY”