More than two thirds of Korea consists of mountains covered with trees of various species. Maples and Ginkgoes are common. In autumn, their leaves turn red and golden yellow, and the mountains look like a gigantic painting by God. Here and there, Buddhist temples stand on the slopes of the mountains.
A few days ago, we visited Palgong Mountain, near the city of Daegu. To reach the peak, we climbed 1365 uneven steps. Up there, the statue of Gatbawi Buddha, supposed to be miraculous, sits on the rock. Many people from all over Korea come and make their wishes to this unique Buddha with a hat on. On the top, the ladscape was very beautiful and panoramic.

One day, we visited a museum of silkworms. The cocoon’s silk is white or yellowish. Apparently, the Silk Road started from Korea and ended in Rome. In ancient times, 1kilo of silk was equivalent to 1kilo of gold!
Another day, we walked around a tea festival. In Korea, making and serving tea is an art. I was enchanted by the gracefulness of Korean ladies wearing their traditional dress called hanbok. In the yard of a house somebody was making a traditional-style sticky rice cake. They set some steamed sticky rice on a big and thick board, and then beat it with a wooden maul. Finally, they cut the mashed rice into small pieces, put some soy bean powder on the rice cake, and offered it to the visitors. It was delicious! 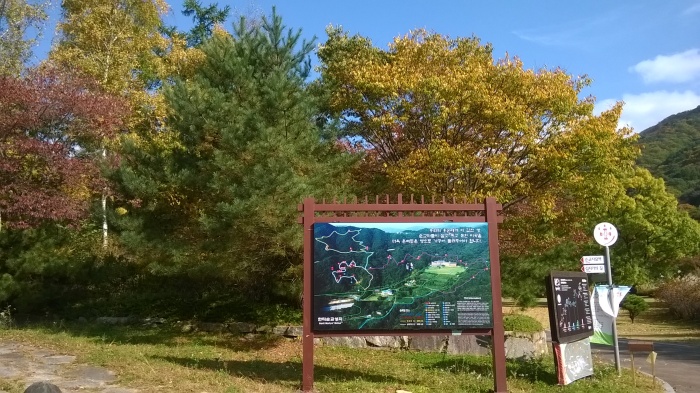 The next day I visited a Catholic holy place called Hanti Martyrs’ Shrine.
Korea is the only country in the world where Christianity was not brought by the missionaries. There were no missionaries at the first time. Even though nobody preached Christianity in Korea, it took roots naturally. However, Christians were persecuted and killed in great numbers.
In this holy place were identified the bodies of 37 martyrs. I stood for a few minutes in front of those graves and thought about the absurdity of eliminating ideas by using force. You can kill a material body, not immaterial ideas, opinions and religious feelings. Nowadays, almost a third of the population is Christian. That means that the martyr’s thought is still alive and untouched by their corporeal death.
Ettore Grillo, author of these books:
– A Hidden Sicilian History
– The Vibrations of Words
– Travels of the Mind